English Harbour is a top-quality molasses-based rum distilled by the Antigua Distillery and named after the town on the island briefly inhabited by our own Horatio Nelson during the 18th century.

Distilled in 1981 and bottled in September 2006 – this is the oldest rum from the Antigua distillery. It was matured in used Jack Daniels barrels. About two pounds of oak chips are added to each barrel to provide more colour and flavour. Only 600 bottles are released each year. 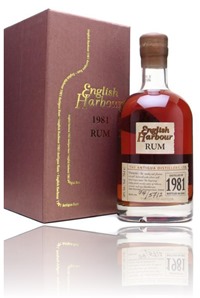 A great rum. I love its subtlety and layered structure. Excellent balance of sweetness and spiciness too. On the other hand it’s really expensive (around € 185) – too much for me in terms of value for money.