Balblair 1990 is one of the more sherried expressions in their current vintage collection. It spent around two years finishing in Oloroso sherry butts.

The same 1990 vintage had been released in 2009 (first release) but without the sherry finish. 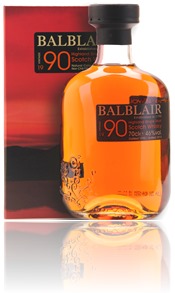 Nose: garden fruits (apples, stewed pears) with a good dose of sherry influence in the form of toffee, walnuts, milk chocolate and spices like ginger and cinnamon. Also a peppery / oaky kick.

Finish: long, drying, on cocoa powder and spices from the oak.

I think I still prefer the ex-bourbon goodness of other Balblairs, but it does take modern-style sherry maturation very well. Around 140.