The Lagavulin 12 year old is part of the yearly Special Releases. My bottle of the 2006 release is almost empty, but I never published my notes. The release of the Lagavulin 12yo 2009 version made me taste them head-to-head and publish my notes. 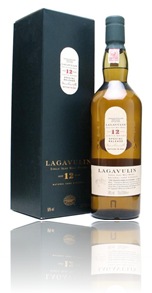 Nose: more mineral and oily than the 2009 release. Cleaner and more rounded, not as peaty as I remembered it. More citrus, vanilla and hay. Apples, grapefruit, slightly minty. Marzipan. A little banana skin. Some leather. Flowers. Let’s just say it’s more gentle but also more complex than the 2009 release.

Mouth: quite sweet with nice notes of oranges and fruit drops. Some maritime notes (seaweed). Soft spices. Citrus. Showing quite some salt as well (liquorice towards the finish).

Finish: very sweet but getting drier. Quite long and smoky.

Please remember that the 2009 version was quite peaty and rough. The 2006 release certainly isn’t weak, it’s very powerful but just very sophisticated at the same time. Quite impressive for a young malt.