Batch 1 was a distillery only release, batch 2 went to Europe and the Middle East, batch 3 to the USA, batch 4 for travel retail and batch 5 is for EMEA again. Batch 6 is on its way (USA), a vatting of 7 bourbon casks and 2 sherry butts. 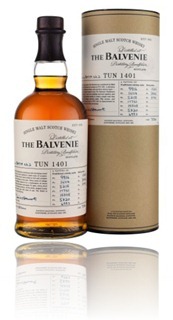 Finish: medium long, citrusy, spicy and malty, with a slightly tangy oakiness in the end.

This is another excellent piece of blending supremacy. It really takes the best of both the sherry casks and bourbon casks. Originally around € 200, now gone or priced much higher. Thanks for the sample, Tino.