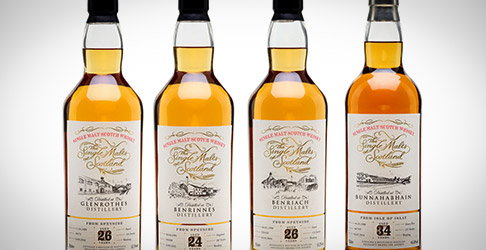 The Single Malts of Scotland is still the quintessential series from Speciality Drinks / The Whisky Exchange.

Finish: long, still quite fruit-driven and lemony but dissipating into greener, slightly peppery notes and a faint yeasty hint.

Nicely sweet and fruity with a few greener notes and spicier touches. Very good, yet definitely more mainstream than what they produced in the 1970’s and 1980’s. Around € 125 from The Whisky Exchange.