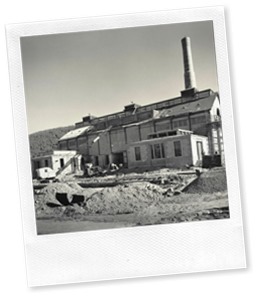 Tormore 16 Year Old was recently released in ‘limited quantities’ after a restyling of the distillery range, which now includes a 14yo and 16yo.

I’ve always thought Tormore had an interesting distillery building (hesitating to call it beautiful). Built in 1958, it combines the traditional architecture with a certain 20th Century industrial look.

Did you know the clock on the distillery roof plays four different Scottish songs every quarter of an hour?

Mouth: quite fruity again. Melons and pears, with soft cinnamon and pepper from the white oak again. Oranges and sugar coated cereals. Soft hints of coconut and creamy vanilla.

It’s nice to see an official Tormore, especially when it’s not bad at all. Pretty fruity and rounded, I’d love to try older expressions in the future. Around € 65.