Crown Royal Northern Harvest Rye took centre stage last year after being named best whisky of 2015 by Jim Murray. While it’s old news, we don’t get to try many Canadian whiskies in Europe so I thought I had to grab the opportunity.

According to his website, Murray tried batch L5085N3 (at last he discloses this kind of information). I’m trying a batch which was bottled one and a half months later, reasonably close! 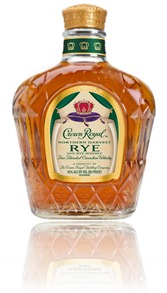 Nose: pleasant, with vanilla, apple pie and ripe banana, as well as prominent hint of women’s powder. There are light hints of bread crust and dusty grains in the background but it’s pretty much a sugary nose. A little cinnamon and caramel.

Mouth: smooth start, on baked apple and hints of orange liqueur. The second wave is rather harsh, hot and slightly alcoholic. I expected a spicy kick from the rye but it’s more of an alcoholic bite. Cinnamon and nutmeg. Caramel and apricots. Subtle leafy notes.

Northern Harvest Rye needs a different mindset than Scotch whisky and the rye may not come out the way it does in bourbon. It’s a fairly undemanding, but easy drinking whisky. Apparently it went for $ 30 in Canada, which is good value. European prices are outright crazy, especially after the award (I’ve seen € 75 up to 150).