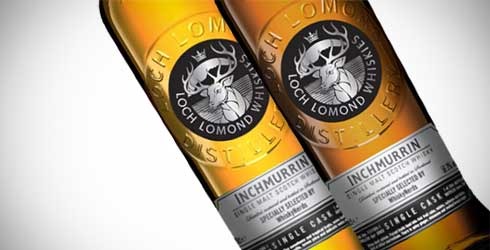 Remember the two Inchmurrin 2003 casks bottled by The WhiskyNerds early August? There was a bourbon-matured ‘Order’ and a sherry-matured ‘Law’, both among the best value drams I’ve had this year.

A small part of both casks was kept aside and married together for two months to create a beautiful vatting of presidential allure: The Executive, influenced by two types of wood.

Nose: you get the bourbonny oak first, but the sherry grows over time. In the end I find it closer to the sherry bottling (which is great news), perhaps with a bit more spices. Lovely pink grapefruit again, sour (cran)berries and juicy plums (yellow ones this time, instead of red plums?). Just a hint of ripe pineapple from the bourbon cask. A little mocha and fruit tea. Aniseed. Beautiful.

Added yellow fruits and added spices: it doesn’t trump the others but it’s certainly on the same level. If you’ve missed the first two bottlings, then this is a must-have. Around € 100 again: excellent value for money. In Dutch stores today. Update: sold out I believe.