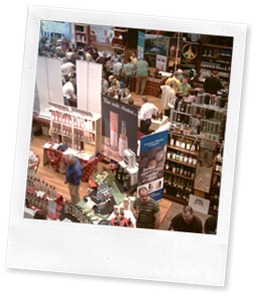 So it’s all true. The Whisky Fair in Germany is probably the best whisky festival out there. Full stop.

It’s even bigger than I expected, and the number of both newly launched bottles and legendary old stuff is impressive. The best thing is that I hardly saw standard supermarket whisky, this is a place where bottlers and retailers are working hard to impress their customer.

Here are a few of my highlights. I’ve brought home samples of most of these, so expect a full review in the near future:

All of these new Whisky Agency / The Nectar / Daily Dram releases are very high quality by the way (Glen Keith 1970, Glenury Royal 1973…).

Also worth noting was the Liquid Sun stand, a sister company of The Whisky Agency. Originally meant for Japan and Sweden, I’ve heard some rumours that their bottlings would come to Belgium in the near future.

As a final note, I was surprised to see so many Glenfarclas 175th Anniversary and Glenfiddich Snow Phoenix bottles being sold at different stands. They’re far from being sold out.

On to next year!