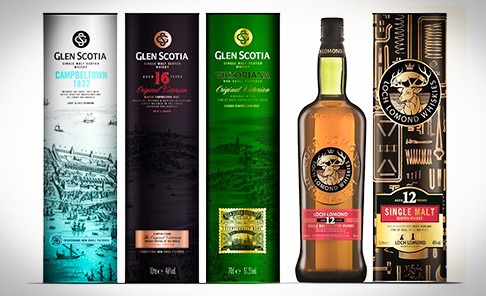 Sister distilleries Glen Scotia and Loch Lomond will launch seven expressions in the travel retail market. Prices range from around € 35 to € 90, and it’s quite an untraditional list of whiskies, if you ask me:

Glenfiddich unveiled its Experimental Series, a range of innovative whiskies that intend to push the boundaries of Scotch whisky. For now we’re talking casks finishes and vattings, but in the future they will experiment with yeast strains, the distillery environment, milling or other parameters of the distillation process.

Roughly once a year the distillery will present a new addition, starting with two permanent releases: