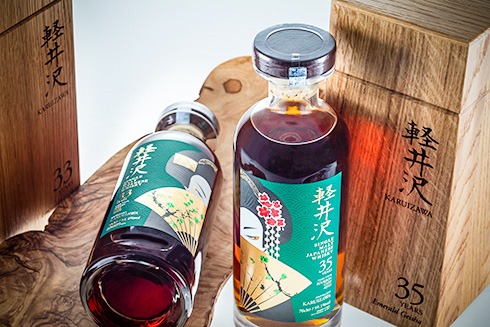 They will be available to buy via an online ballot (click to enter), which will be running until 4 Februrary.

At the same time and even more exclusive Karuizawa 1964 cask #1917 was presented by Wealth Solutions in Poland. Distilled 1 May 1964 and bottled in September 2015 at 51 years of age, they say it is the “longest matured” Karuizawa ever / so far but I believe the Karuizawa 1960 cask #5627 was at least one year older.

It comes in a nicely decorated ‘foldable’ wooden box, accompanied by a Karuizawa booklet written by Dave Broom. All 43 bottles are sold according to the press release.