The upcoming Highland Park Triskelion is named after the triangular shape that represents wisdom and inspiration, used in the Norse / Viking symbolism. 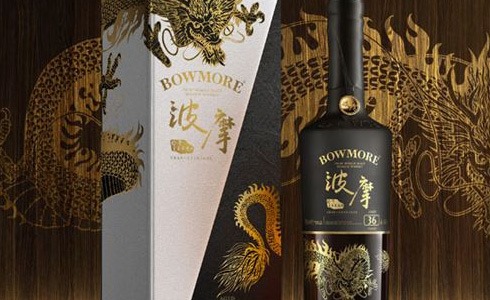 Bowmore has released the first expression in a series of four honouring the ‘Four Guardians’ in Chinese mythology. The Bowmore Dragon Edition has been created from the same parcel of sherry casks used for the 30 Years Sea Dragon released in the 1990s until 2012.

The new whisky is 36 years of age and only 888 bottles will be available, exclusively in China, for around $ 2000. 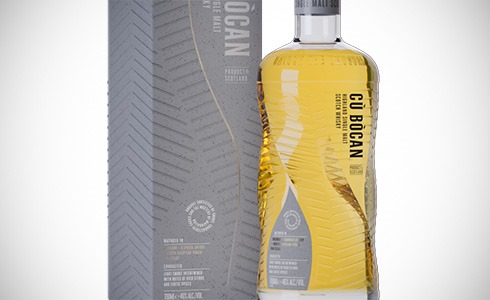 Tomatin distillery has just announced new editions of its lightly peated Cù Bòcan expressions. They are presented in contemporary new bottles, looking rather smart I must say and inspired by the ‘interlocking of smokiness and sweetness’.

At the same time the range is restructured: there is the base expression Cù Bòcan Signature, matured in a mix of bourbon, Oloroso and virgin oak casks (£ 45) and two Creations (£ 60) which will be updated regularly. Creation #1 is matured in Imperial Stout and Moscatel casks, while Creation #2 uses Japanese Shochu and European virgin oak casks. All bottled at 46% ABV.