Specialist whisky shop The Whisky Barrel launched TWB Originals, a series of single casks from different regions and distilleries, three of which are matured in sherry casks from Jerez. 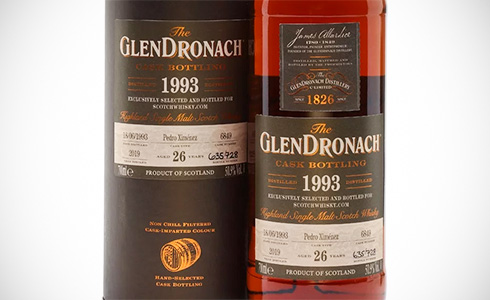 Sad story: the always reliable website Scotchwhisky.com closed down a while ago but they had an exclusive bottling in the pipeline, a GlenDronach 1993 single cask no less. They selected a Pedro Ximénez cask #6849 which sounds really tasty if we’re to believe Billy’s tasting notes. It arrived after the closure so it can be seen as a tribute to the writers…

Now available from The Whisky Exchange 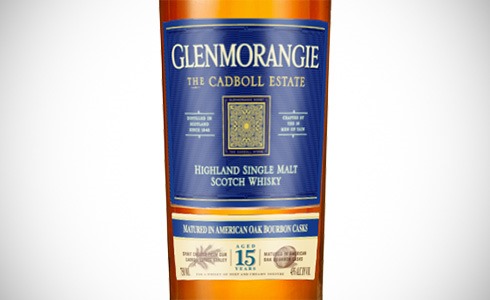 Glenmorangie already had a Cadboll expression for the travel retail market and now there is a Glenmorangie Cadboll Estate 15 Years coming up.

Named after a silver goblet dating back to the 16th century and matured in American oak bourbon casks, it is said to be an extra creamy whisky. 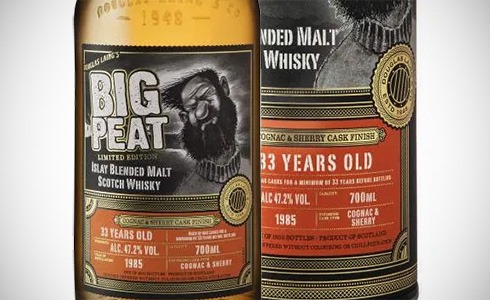 Douglas Laing presented a limited edition Big Peat 33 Year Old, distilled in 1985 and finished in a rather unique combination of cognac and sherry casks.