My whisky friend Wim sent me a package of seven unlabeled whisky samples. He loves sherry bombs and the idea came up because we disagreed on some of the recent Glenrothes 1997 bottlings. I knew he would slip in different profiles to see whether a blind assessment would match my earlier reviews.

I don’t usually do blind tastings. I know other reviewers prefer not to be bothered with names and dates, but I simply find it too hard to organize as I would need to rely on someone to re-label my samples, keep track of them, etc. You should see my desk – it’s hard enough already.

So here’s a bunch of random sherry bottlings. Both the notes and scores were given before the details were revealed.

Mouth: darker fruits again (raisins, figs, prunes) with some roasted nuts and light earthy touches. Nice waxy notes and light sourness of oak in the background. Some oak char too.

This is a combination of Macallan and Highland Park – in fact a very tasty one, even though I wasn’t impressed by the Old Perth Sherry Cask. Originally around € 75 and very good value for money.

Mouth: more matchsticks, including a woody bitterness and plenty of leathery dryness. Blackberries, citric hints (orange peel) and oak spices like pepper and ginger. Dark chocolate and a hint of Turkish coffee.

A sister cask of the Blair Athol 1988 for TWE. Although both have a similar dry, fairly herbal palate, I found this one less clean and more woody. Originally around € 150. You can still find another sister cask.

Nose: ah yes. Bulky and meaty, with a dose of sulphur and cooked vegetables. Sticky toffee pudding. Dirty boy. Brightens up with some herbs and blackberries.

Finish: long, dry, lots of herbs and hints of liquorice.

This was the reference sample, if you like: I tried this one in June. There are big fans of this meaty profile – just not me. There’s no right or wrong here, but at least my preferences stay afloat in a blind tasting. It doesn’t reach the 80 mark this time. Another cask available here. 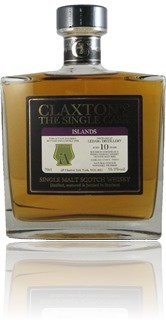 Finish: long, on warm ashes and smoke, rounded by some sweetness.

I preferred the other version for Crann which seemed to have a little more sherry. But of course this line-up made it stand out as a peat bomb rather than a sherry bomb. Originally around € 85.

Nose: now we’re talking! A bit of oil paint and turpentine. Polished furniture. Lots of waxy notes (Barbour grease). Plums and raisins. Hints of women’s powder and eucalyptus. Hints of cedar oak. Something of pink grapefruit, tangerine and raspberry juice in the background. A bit of a pressure-cooked profile like Kavalan for instance, but the aromatic wideness and the mix of old and new sherry is great. Love it.

Mouth: intense sherry, though not as full-bodied as you’d think. It still has this bright, juicy fruitiness and slightly sour woody note. Tangerine, dark herbal tea and tobacco juice. Lots of berries. Nutmeg and clove.

Rather excellent stuff, especially on the nose. The fresh Oloroso finish must have lifted the original whisky but it obviously also added woody notes which lowered my initial score a little.

Nose: another one of these bulky, fleshy ones. Overripe prunes, chocolate coated raisins, but above all meat sauce, broth and treacle toffee. Some vegetal notes, lovage, mushrooms and mulched leaves. Meh.

Mouth: better. Deep, rich and wood-infused, but the bloated, meaty side is less prominent. It’s now more woody, with herbs, coffee and dark chocolate. Hints of gunpowder too. Very dense.

This was a bit of a hype and I admit I bought a bottle, mostly because I have deep respect for the selection skills of both bottlers. But this meaty profile just doesn’t do it for me. Blind tasting doesn’t change it. Sold out but in high demand on the secondary market.

I successfully identified both Glenrothes 1997 by the way. It’s a love-or-hate type of profile, I guess. There was a seventh sample as well, a GlenDronach 1993 but I’ll revisit this later in a head-to-head review with another 1993.

Again, many thanks Wim!