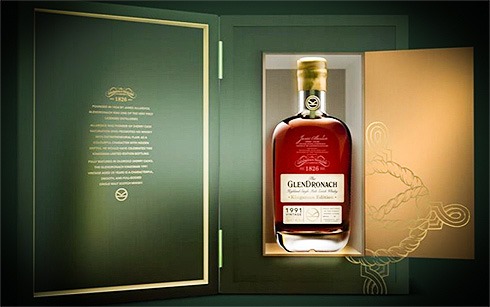 The GlenDronach Kingsman Edition is a 25 Year Old 1991 vintage expression, apparently related to the upcoming movie Kingsman: The Golden Circle with Colin Firth and others. Of course it is fully sherry matured and bottled at 48,2%, in the same type of bottle as the GlenDronach Recherché. It is a combination of 4 sherry casks, two from Spring, two from Autumn 1991.

Given the pricing of the similarly aged Grandeurs I expected this to retail for around € 600, . It will only be released in the UK, US & parts of Asia, and only 2137 bottles are available globally. The 1991 vintage was selected by Film Director Matthew Vaughn as it was the same year that the films lead character was born. In the film itself, the characters famously sip GlenDronach. 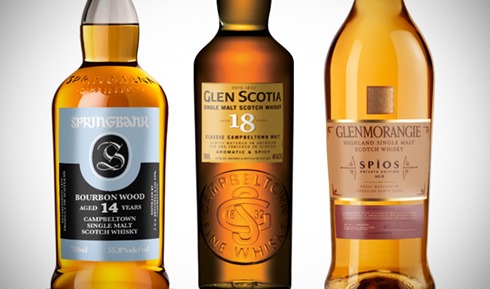 Also new: Glen Scotia 18 Year Old, which is finished in Oloroso casks and described on the label as ‘Aromatic and spicy’. It is bottled at 46% alc. vol.

Springbank is ready to release a Springbank 14 Year Old Bourbon Wood, distilled in 2002 and bottled at cask strength 55,8% from fresh and refill bourbon barrels. The label says ‘bottled August 2017’ so we’ll have to wait a while before it reaches the shelves. A good 9000 bottles will be available. 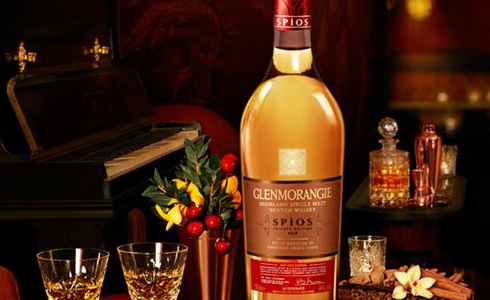 Slightly older news is the Glenmorangie Spios, the ninth Private Edition which is fully matured in American ex-rye whiskey casks. The label mentions a ‘savoury elegance and subtle spice’.