They are now released as a limited edition of 1819 bottles, available for £ 350, only at the distillery.

At the same time they have a first-fill bourbon hogshead from 2009 as a hand-filled distillery exclusive for £ 90. 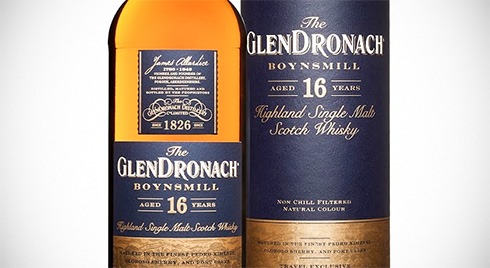 The second travel retail exclusive from GlenDronach: the GlenDronach 16 Years Boynsmill. It is a combination of Oloroso, Pedro Ximénez and Port casks.

Interesting but the first reports are not too positive, I’m afraid travel retail expressions should always be approached with a healthy suspicion…

The new pair is said to be released in on-going small batches that mention the bottling year. 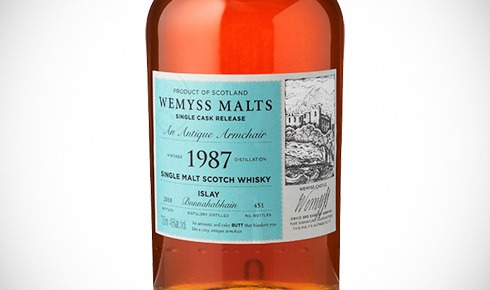 Wemyss Malts is about to launch the second Cask Club bottling, a Bunnahabhain 1987 of 31 years of age, nicknamed An Antique Armchair. It will be released on the 30th of May simultaneously online and at Feis Ile. It has an outturn of 451 bottles at 46% ABV and it will be priced around € 275.