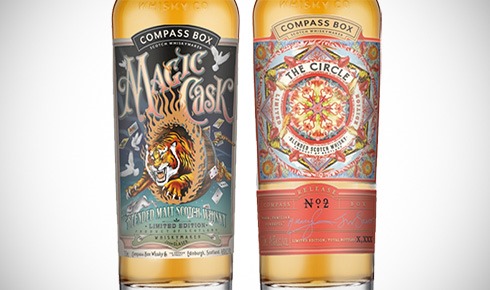 A remake from a Madeira finished expression from 2006, this upcoming Compass Box Magic Cask is a mix of 88% Imperial from first-fill bourbon barrels and 12% of first-fill Oloroso matured whisky from a distillery near Aberlour.

Expect bright fruitiness with a dash of sherry, should be interesting. It will be bottled at a standard 46% ABV.

What does colour taste like? Bartender Mannie Monaghan wanted to make a whisky that expresses the vibrancy of the colour coral. Compass Box The Circle is an exploratory series and this is the second expression.